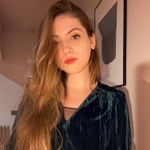 Our dogs can surprise us with their adorable behaviors and interactions with their toys. But, when dogs exhibit maternal behavior with certain toys, we are informed of false pregnancy. 🐾Phantom pregnancy, also known
"Can my dog eat marshmallows?" - This is a question that you may already know the answer to, but let's go a little deeper. 📖Short definition: Marshmallows are sugar and gelatin-based confections that
Have you ever heard of marshmallow dogs? These dogs are the sweetest white fluffy dogs called marshmallows due to their appearance. Though, marshmallow isn't a real breed but a nickname. Actually, the marshmallow
The nasal mites are caught by dogs by direct nose-to-nose transfer and indirect transmission from some other dog. In the larval stage, nose mites are frequently transferred from one dog to another. Canine
Is your dog sneezing when you get home? As dog parents, we already know that they behave strangely and uncontrollably when we return home after a short amount of time. This strange behavior