When dogs put their bum in the air with their head down between their paws is one of the most typical dog habits.

In fact, it happens so frequently that a yoga position is named after it: Downward Dog.  Although doing this position is a normal action for dogs of all breeds, ages, and sizes, there could be some reasons why your dog is doing it.

✅
The most probable explanation for why your dog put his head down and his butt into the air is that he/she makes a move known as play bow. Doing this play bow, dogs show us and other dogs or animals that they are friendly and mean no harm and they just want to play.

So we all agreed that the first reason is:

Your dog's playful disposition and other play behaviors are likely to be evident while doing a play bow. A wagging tail and a playful bark, probably. Even, zoomies may be exhibited when your dog is too excited.

Let's see the other reasons for dogs with butts in the air:

Your dog can also be stretching when he lowers his head and raises his rear.

Just like humans, dogs enjoy a relaxing stretch, and this particular sort of stretch is particularly beneficial for loosening up the muscles in its back, sides, hips, and back legs.

It feels good to the dog as well, and it is quite similar to the morning stretch that many people perform (downward dog, from the yoga position). Your dog may provide a good body shake and yawn after performing this kind of stretch, which also shows that he is feeling comfortable and relaxed.

This position could also indicate that your dog is stalking something he/she is curious about.

Dogs naturally engage in stalking behavior, which is noticeable even when they are just playing.

Due to the fact that it is one of the most prevalent behaviors and forms of body language you will notice in dogs, you will undoubtedly see your dog putting her/his head down and her bum up into the air pretty frequently, asking for play. 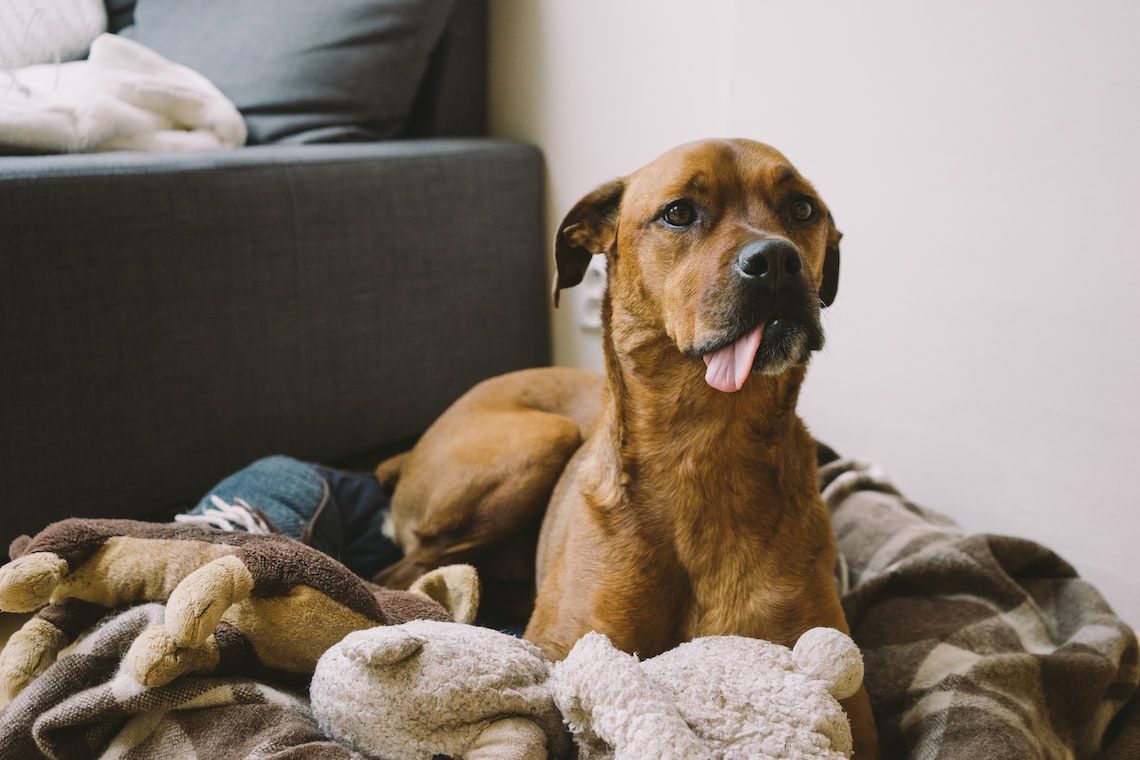 Here is a selection of the most common weird behaviors that dogs have and explained why they're acting like this sometimes to better know our beloved furry friends.

Go to the article