Let me clarify from the beginning: aggressive dog breeds aren't bad dog breeds.  Any dog can become aggressive if they don't receive proper training and care.

Many small dog breeds tend to be more aggressive than big dogs. But larger breeds are always on the list when it comes to "dangerous dogs".

Indeed, we can speak about damage potential that is clearly used to evaluate a dog breed. For example, a German Shepherd can cause much damage compared to a little Chihuahua. But the level of aggressivity can be higher in Chihuahua.

Any dog that endures abuse, neglect, or endangerment can become aggressive. Does it mean these dogs are bad? NOOT at all.

Actually, aggressively is when a dog is high prey drive. When is this happening?

Dogs tend to be aggressive in specific situations, such as:

What are the most aggressive dog breeds to own?

As you can see from this table the sausage dog, Dachshund, is the most prey drive among all five dog breeds. Interesting and funny that such a small dog breed could be highly prey drive, no? Appearances deceive.

Scroll down to learn more info about the breeds that are prone to be aggressive by nature.

The first on the list is the one you have already imagined: Pit Bull.

There’s a lot to talk about these doggos, but I'll go short in this article. Pit Bulls are often known to be the most dangerous dog breeds with all kinds of news about injured or killed people. But it is also important not to generalize.

When do Pit Bulls attack?

IT'S IMPORTANT TO KNOW that Pit Bulls often attack a human because they are afraid.

Pit Bulls are so feared because they attack by strongly biting their target, but with a specific movement: after they bite, they shake their head back and forth within the biting. This attack style can lead to serious injuries and even death.

But what the news omits to say is that the pit bull attack was caused by something.

What the news often neglects to report is whether there was a trigger for the aggression, so it’s difficult to say why the dog attacked. So, Pit Bulls, like any other dog, attack for a reason.

Unfortunately, Pit Bulls have been used for dog fighting because of their muscular build. Indeed, the American Pit Bull Terrier may be genetically predisposed to aggressive tendencies.

For unpleasant situations, it is really recommended that every dog should be properly trained.

What you should also know is that Pit Bulls really can make loving and devoted pets, but it is important to give them continuous socialization with both humans and other animals.

Another dog prone to aggressivity is the German Shepherd dog breed.

There is not a coincidence that German Shepherds are often used as police dogs. These "wolf dogs" are extremely intelligent and naturally athletic dogs. They are highly trainable and strong, making intimidating opponents for intruders.

So, they are dangerous if they attack because their bite is strong enough to break bones.

When do German Shepherds attack?

IT'S IMPORTANT TO KNOW that German Shepherds often attack a human because they think are threatened.

An uneducated German Shepherd dog can be a cause of the attacks. Certain natural human behaviors can be perceived as a threat by a dog. When German Shepherd attacks unexpectedly, biological or genetic factors are involved.

This breed is naturally protective of its owner. If he is not properly trained and socialized, he can become aggressive with strangers.

Like any other dog, German Shepherds show love and they have a lot to give. They are known for having a strong bond with their owners.

These tiny dogs are everywhere! Yeah, it may be funny but Chihuahuas are one of the most aggressive dog breeds.

If you remember, Chihuahuas appears everywhere like stressed and nervous dog.

Why Chihuahuas are aggressive?

This dog breed is aggressive because Chihuahuas are highly territorial. They "suffer" from the small dog syndrome. They are actually big dogs in small bodies, that are not afraid to confront anyone who comes close to their personal space.

Compared to a German Shepherd, they are incapable of causing damage.

Chihuahuas tend to be aggressive because they are often inadequately trained. You may be thinking "Why train a small dog like this!?". Yes, they are harmless, but it can be hard to walk with him in public. They tend to bark a lot, and their sound is not one of the relaxing ones. 😅

If they are trained, they can be lovable couch potato friends.

Why Dachshunds are aggressive?

Dachshunds have a strong prey drive stimulus. They become aggressive if they're not trained properly. They can’t do much damage, but persistent barking can become a problem for others.

This dog breed tends to have inappropriate behaviors such as growling, barking, and jumping, and is not a good idea to let them alone with animals smaller than them.

This cute short legs pup is very intelligent and independent. If they are well trained they are devoted and loving. They love to cuddle and snuggle.

Doberman Pinschers were originally guarding dogs and they are also used as police dogs.

They are known for being aggressive dogs but this is not entirely true. They are highly intelligent and trainable dogs. With the proper training, they can be very sociable and friendly dogs.

When do Doberman Pinscher attack?

Some Dobermans can be aggressive toward people they don’t know to protect their owners. Early training and socialization are recommended in order to have a well-behaved Doberman.

Dobermans are people-oriented dogs that are affectionate with people if they are trained properly. They are devoted to their owners and tend to bond only with one person.

Are some dogs genetically aggressive?

Actually, genetically aggressive dog breeds exist, but not as you imagine. It is more appropriate to state that they are born with hereditary characteristics that, if unchecked, could increase the risk of aggressive behavior.

For example, Chihuahuas or Dachshunds, or other small dog breeds with the "big dog syndrome" have higher aggression toward strangers.

It's important to know that aggression is a behavioral problem rather than a matter of obedience.

Why do dogs attack children?

Fear and/or pain are most often the main triggers behind dog bites. Aggression against children, particularly toddlers and preschoolers, as well as guests to the house, is frequently triggered by fear or pain. Although adults are the most prevalent victims of dog bites, small children are attacked more seriously and more frequently.

As a general rule, adults should always keep an eye on children and dogs when they interact. If not, there's a high chance that inadequate communication can result in a bite, which can be highly dangerous depending on the dog's size.

If a dog has never shown signs of aggression, people are more likely to trust them. Dogs, on the other hand, communicate through body language that even adults may be unable to decipher. But, what happens to the kids?

Children's cognitive abilities, such as perception, attention, and memory, are still developing and will not be fully developed until about the age of six, making them highly exposed to misunderstandings.

The dog gives us a sequence of warning signals before an attack, such as growling or showing their fangs. All of this indicates that the dog is nervous enough to bite. We are aware of these bodily indications, but youngsters who believe this is a game are really not.

⭐
Fact: Many people usually think that black dogs are aggressive because of certain reasons. When it comes to adopting dogs from shelters, a disturbing trend has emerged: black-colored dogs are usually ignored. Are black dogs more aggressive? Read and find more about this topic!

Proper training is extremely important when it comes to dealing with aggression. Training also ensures the safety of your dog and anyone around the dog.

Hope you enjoyed the article! Paws and love 'till the next time! 🐾 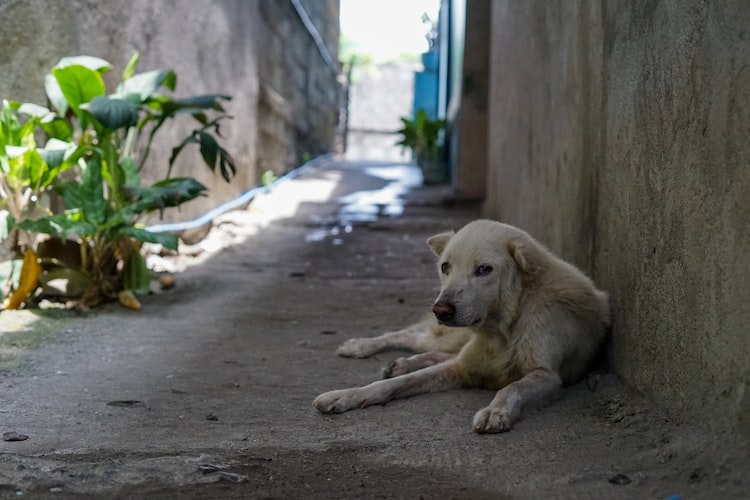 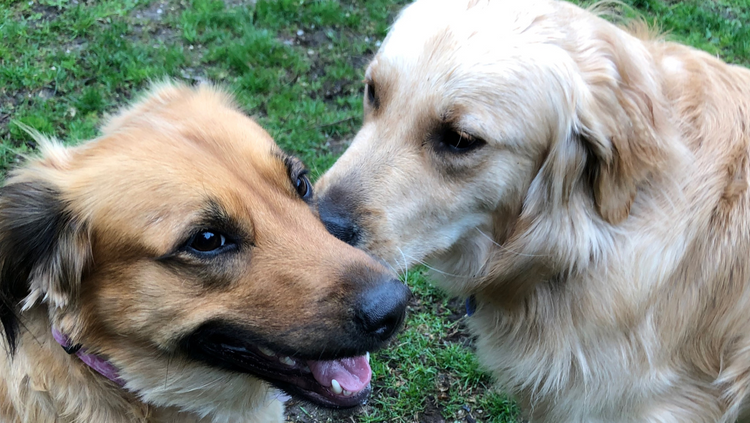 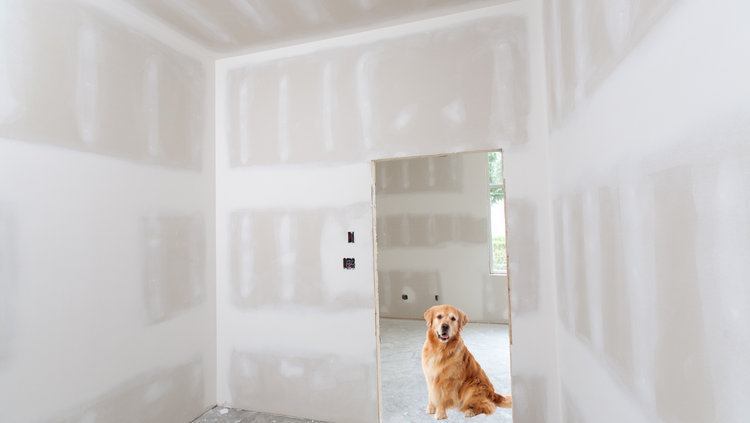 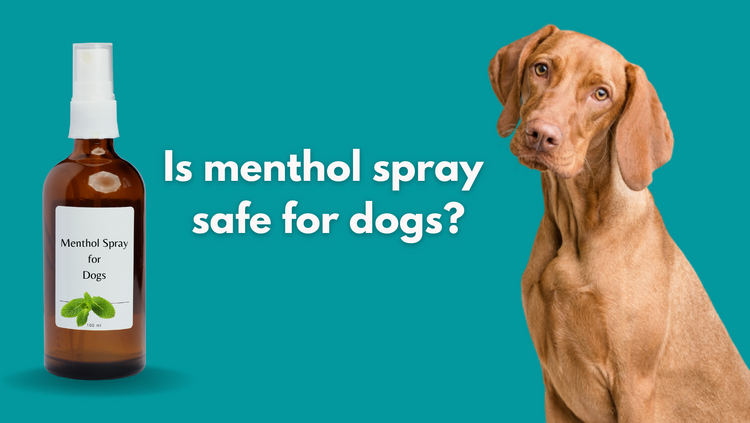