Ginger dogs, also known as red or orange dogs, are a unique and beautiful breed of dogs. These dogs come in a variety of shapes, sizes, and breeds, each with their own unique characteristics and personalities.

1. Irish Setter - One of the most popular ginger dog breeds

Irish Setters are known for their beautiful, long, and silky coats that are typically a deep red or orange color. They are also known for their friendly and outgoing personalities, making them great family pets.

Another popular ginger dog breed is the Golden Retriever. These dogs have thick, golden coat that ranges in color from a light cream to a deep red. They are known for their intelligence, loyalty, and love of people, making them great companions and therapy dogs.

The Labrador Retriever is a medium-large breed of dog that is known for its friendly and outgoing personality which makes them great with children and other pets. They were originally bred for hunting and retrieving game, but today a highly trainable and intelligent breed, often used in a variety of roles such as search and rescue, therapy, and as assistance dogs for people with disabilities.

The Akita Inu is a large dog breed that originates from the mountainous regions of Japan. They have a strong and powerful build, a thick coat, and a distinctive bear-like head. They are known for being loyal and protective of their family, but can be wary of strangers.

They were originally bred for hunting and are still used for that purpose today, but are also popular as companion dogs. Due to their size and strength, proper training and socialization is important for the Akita Inu.

Vizsla is a Hungarian breed is known for its sleek, short, and rust-colored coat. They are known for their high energy levels and love for outdoor activities, making them great hunting companions and family pets.

6. Cocker Spaniel - Most known for being great family dog

The Cocker Spaniel is a medium-sized dog breed, with a compact and sturdy build, a silky, and wavy coat that comes in a variety of colors. They are known for their friendly and outgoing personalities and make great companion dogs.

This breed is also highly trainable and excel in obedience and agility training. Known for their high energy levels, Cockers require regular exercise and mental stimulation. They are also known to have a strong hunting instinct.

Shiba Inu is a small, agile dog breed originating from Japan. Known for its fox-like appearance and playful personality, it is a popular companion animal. The breed has a thick, double coat that can come in a variety of colors, including red, black, and tan. They are generally good with children and other pets, but can be stubborn and independent. They are also recognized as one of the most popular dog breeds in Japan and has its own cryptocurrency named after it.

Poodles are a highly intelligent, trainable and elegant dog breed that is available in various sizes (Standard, Medium, Miniature, and Toy) and coat colors. Poodles are known for their hypoallergenic, curly coats that come in a variety of colors, including white, black, apricot, silver, blue, cafe au lait, and of course, ginger.

They are known for their high trainability, elegance and intelligence. They excel in a variety of activities, such as obedience, agility, tracking, and even performing tricks. This breed also make great therapy and service dogs.

9. Shar Pei - Known for its distinctive wrinkles and blue-black tongue

The Shar Pei is a breed of dog known worldwide for its characteristic wrinkles and blue-black tongue. The breed originated in China, where they were used for hunting and as guard dogs.

Shar Peis have a strong, muscular build and a short, rough coat that comes in a variety of colors. They are known for being independent and protective, but also loyal to their owners. These wrinkle dogs can be reserved with strangers, but are usually good with children and other pets. They have a strong will and require consistent training and socialization.

The Chow Chow is a dog breed originally from northern China, where it is known as Songshi Quan, which means "puffy-lion dog". They have a distinctive blue-black tongue and a thick, dense coat that can be red, black, blue, or cream in color.

Chow Chows are known for their independent and aloof nature, and can make loyal and protective pets. They are also known for their strong-willed personalities and can be difficult to train, so they are best suited for experienced dog owners. =. These fluffy dogs are not suitable for apartment living.

The Pomeranian is a small dog breed that originated in Pomerania, a region in northern Poland and eastern Germany. Pomeranians are known for their fluffy, double coat that comes in a variety of colors such as white, black, brown and orange.

The breed has a distinctive "foxy" face with a small, pointed snout and a plumed tail that is often carried over the back. Pomeranians are friendly, outgoing and energetic, making them great companion pets. They are also very intelligent, and can be trained easily.

Their small size allows them to adapt to various living spaces, including apartments, houses, and small backyards. They are also known for being good with children and other pets.

The Welsh Corgi is another breed that can have ginger coat, they are known for their small size, friendly personalities, and their loyalty to their owners. They are also known for their intelligence and trainability, making them great family pets and show dogs.

The Dachshund is a small dog breed that originated in Germany. They are known for their elongated body and short legs, which give them a distinctive "sausage dog" appearance. This breed have a variety of coat types, such as smooth, wirehaired or long haired and they come in a range of colors such as black, brown, red and cream.

Dachshunds are known for their lively, playful personalities, and their affectionate nature. They are also highly intelligent, and can be trained easily. They are small in size, making them well suited for apartment living, but they require regular exercise and walks. Sausage dogs are also known for being good with children and other pets.

Dachshunds have a strong hunting instincts and have been traditionally used for hunting small animals.

These ginger dog breeds are also great choices for dog lovers who are looking for a unique and beautiful companion. Each breed has its own unique characteristics and personalities, making them perfect for different types of families and lifestyles.

In conclusion, ginger dog breeds come in a variety of shapes, sizes, and breeds, each with its own unique characteristics and personalities. They are known for their beauty, intelligence, loyalty, and outgoing personalities, making them great family pets. Whether you're looking for a working dog or a companion, a ginger dog breed may be the perfect addition to your family. 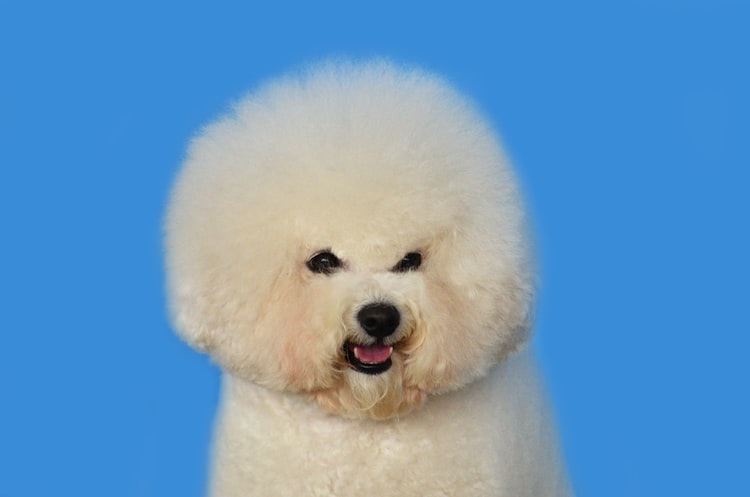 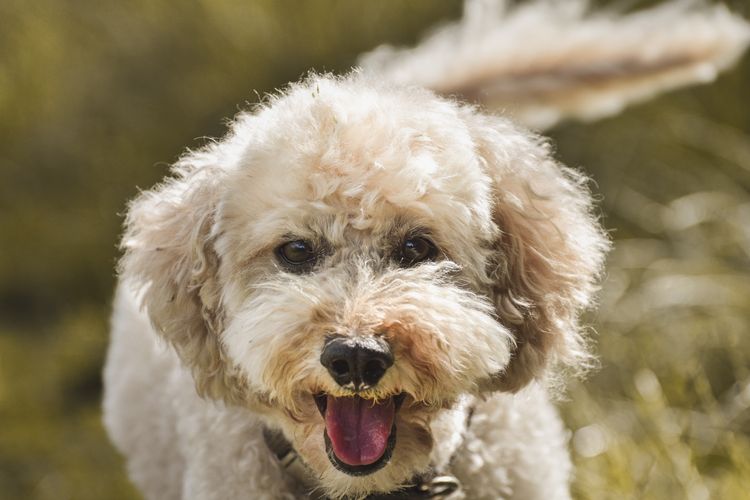 What Is the #1 Hypoallergenic Dog Breed?

If you're researching a dog breed that is the most hypoallergenic, you must be aware of one important thing before:
Oct 24, 2022
2 min read
Aug
30 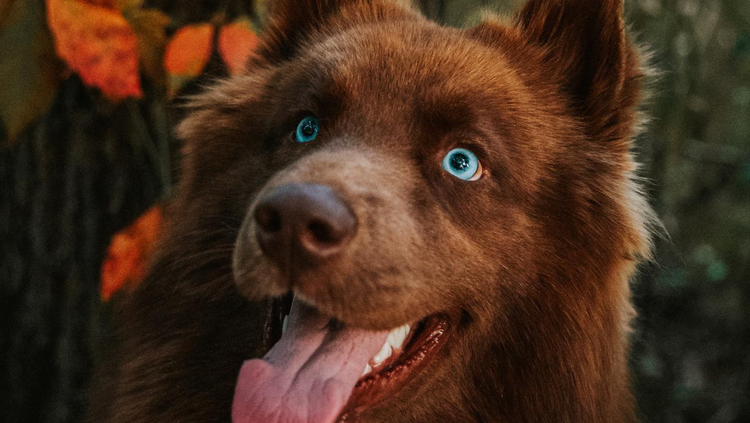 Full Chocolate Brown Husky: Everything You Must Know 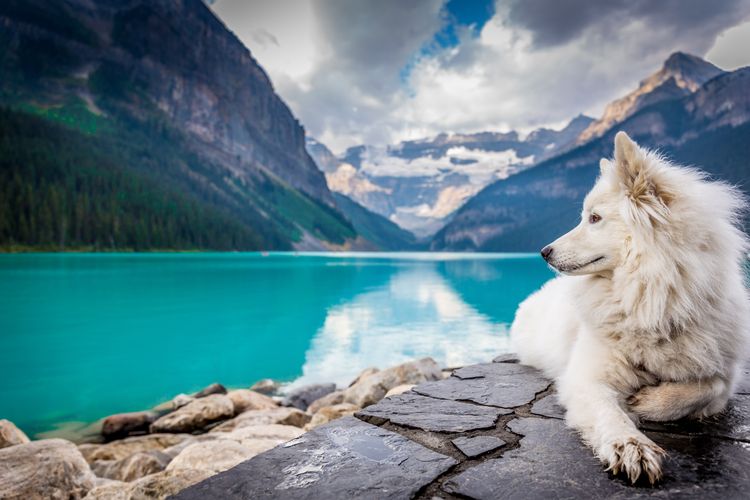 There are hundreds of white dog breeds globally, but only a few breeds that are exclusively white by nature. Many
Aug 17, 2022
5 min read